Transvaginal mesh is a net-like implant used to treat pelvic organ prolapse and stress urinary incontinence in women. The product design and implantation technique contributed to serious complications, such as erosion and organ perforation. The FDA classifies transvaginal mesh as a high-risk device, but some surgeons continue to use it.

*Please seek the advice of a medical professional before discontinuing the use of this medical device. 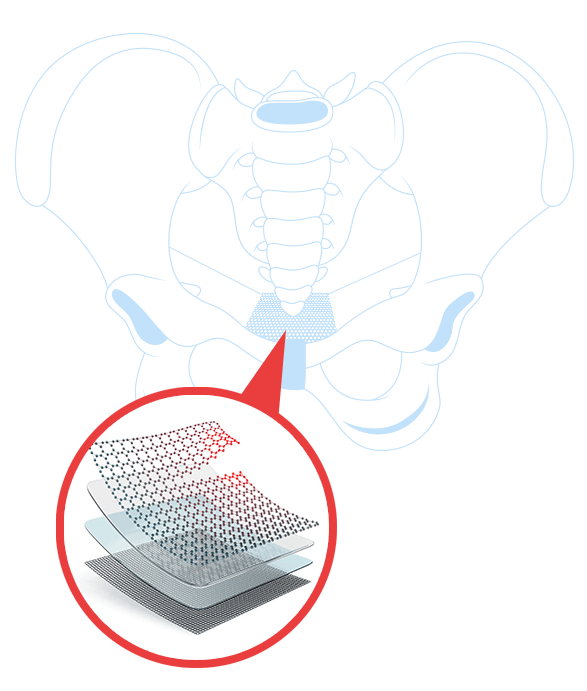 Transvaginal mesh is usually made of plastic called polypropylene. Some types of transvaginal mesh use a combination of materials, including animal tissue. The term “transvaginal” refers to the type of surgical technique used to implant the mesh.

This type of surgical mesh was created to permanently fix pelvic organ prolapse and stress urinary incontinence. These conditions may affect women after a hysterectomy, menopause or childbirth.

Injured by complications related to transvaginal mesh?
Get a Free Case Review

Transvaginal mesh was created to help women suffering from SUI and POP, but many of the devices caused serious complications. The design and manufacturer-recommended implantation technique of some of these transvaginal mesh products contributed to problems such as infection, erosion of the vaginal tissues and organ perforation.

Reports of complications came too late for hundreds of thousands of women who already had mesh implanted, but most companies never recalled the devices. More than 100,000 women sought compensation for their mesh injuries by filing lawsuits against the manufactures. Those cases resulted in multimillion dollar verdicts and more than $1 billion in settlements.

Transvaginal mesh products evolved from surgical mesh that was originally used during hernia repair in the 1950s. Surgeons began using the mesh abdominally to repair POP and SUI in the 1970s. The doctors took a piece of surgical mesh and cut the desired shape and size for use in each patient, then surgically implanted it.

Medical device manufacturers noticed the clinical practice and responded by creating mesh products specifically designed to treat POP and SUI. As the usage of these products expanded, manufacturers began selling their mesh products in kits. The kits were prepackaged with mesh, special tools and instructions to help doctors implant it.

Some doctors, including urogynecologist Dr. Christopher Walker, believe that the introduction of these kits contributed to some of the problems with transvaginal mesh.

“The mesh kits had such a high volume, I think, because there were so many put in, That’s now causing us to see a high incidence of mesh complications.”- Dr. Christopher Walker, Urogynocologist

Numerous reports of adverse effects surrounding transvaginal mesh prompted the FDA to conclude that complications from the devices were not rare, and the devices were not more effective than alternative treatments. Survey results showed that surgeons who specialize in urogynecology were less likely to use transvaginal mesh after the safety notices.

The FDA did not require transvaginal mesh manufacturers to conduct studies on the products in humans before clearing them through a fast-track approval program. Many of the products on the market today were approved based on the ProteGen Sling, which was recalled in 1999. The FDA concluded that the ProteGen had a “higher than expected rate of vaginal erosion” and did “not appear to function as intended.”

A Brief History of Transvaginal Mesh and the FDA

In November 2017, The BBC reported that the UK’s National Institute for Health and Care Excellence (NICE) would likely recommend in December that the country’s National Health Service (NHS) ban the use of transvaginal mesh. The NHS is not compelled to follow NICE’s recommendations. But a flurry of reports in UK media of injuries relating to the devices raised attention to complications women were suffering.

There are four categories of transvaginal mesh. They’re categorized by types of material and how they react inside of the body.

The four categories include:

Surgeons who use transvaginal mesh usually prefer non-absorbable synthetic mesh because it reacts better with connective tissue, increasing repair strength. Non-absorbable implants also have a lower rate of infection than absorbable implants. However, all implants have a risk of erosion and other complications.

Mesh manufacturers made more than 100 transvaginal mesh products. Most manufacturers tried to develop ways to differentiate their products from competitors, but the brands and kits share common characteristics. Their incision mechanisms, components that attach to the body and other materials may slightly differ.

Madris Tomes, of Device Events, shares which brands of mesh are more problematic than others 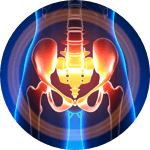 Pelvic organ prolapse occurs when organs sag or fall into the vaginal canal because of weak pelvic muscles. Transvaginal mesh serves as a hammock beneath the organs to hold them up. Usually, the bladder, uterus, rectum or bowel is involved in the prolapse. The bladder is the most common organ affected. Depending on the organs involved, surgeons may place the piece of mesh on the front, back or top wall of the vagina. The type of mesh used also varies in shape and size. This type of surgery is usually performed transvaginally. 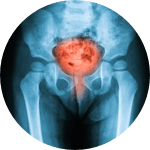 Stress urinary incontinence (SUI) occurs when the bladder leaks urine during moments of increased physical activity that increases pressure on the bladder. The mesh is used to support the urethra when pelvic muscles weaken. Surgical treatment of SUI with mesh, also called a bladder sling or vaginal tape, is the most common type of surgery used to correct the condition. An estimated 80 percent of SUI mesh surgeries in 2010 were done through the vagina. Doctors use transvaginal placement of bladder slings because it is considered less invasive and the incisions are smaller. 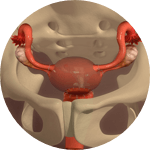 After a hysterectomy, some women suffer from vaginal vault prolapse. The condition occurs when the vagina collapses in upon itself because of the removal of the uterus. Mesh is surgically implanted on the top of the vagina and sewn into connective tissues to hold the vagina in place

Side Effects, Complications and Revision Surgery

Transvaginal mesh operations usually result in minor pain or discomfort for a few days after the operation. Bleeding may occur for a few hours after surgery, but most women leave the hospital on the same day as the procedure. Patients usually resume everyday activities, including sexual intercourse, within one to three months of the operation. Although transvaginal mesh surgery is simpler and less invasive than more traditional treatments for POP and SUI, it also carries a higher complication rate. In 2011, the FDA reported that it had received 4,000 reports of complications related to transvaginal mesh during the previous six years.

Although transvaginal mesh surgery is simpler and less invasive than more traditional treatments for POP and SUI, it also carries a higher complication rate. In 2011, the FDA reported that it had received 4,000 reports of complications related to transvaginal mesh during the previous six years.

Complications from transvaginal mesh include:

Researchers have tried to determine how often transvaginal mesh implants cause serious complications, but studies have produced differing results. Complication rates range from 7 percent to 21 percent.

Severe complications, such as mesh erosion and organ perforation, may require surgery to fix. This surgery is referred to as revision surgery. Synthetic surgical mesh was designed to stay in the body indefinitely, so removal of the mesh is difficult. Blood vessels and tissues grow around the mesh, requiring doctors to remove it in pieces, one surgery at a time.

Roughly one in 30 women who have a vaginal mesh sling inserted to treat incontinence will need surgery again in less than 10 years to remove or replace the implant, according to a study published in JAMA Surgery‘s September 2015 issue.

The study led by Dr. Blayne Welk of Department of Surgery, Western University, St Joseph’s Health Care, London, Ontario, Canada examined the cases of 59, 887 women implanted with mesh for stress urinary incontinence (SUI). The average age of the women studied was 52. The study’s authors found that one in 30 women incurred a risk of undergoing a second surgery within 10 years to either remove or revise the implant.

Other Treatments for Mesh Complications

In some cases, doctors try alternative methods to mesh removal. Doctors may prescribe vaginal estrogen cream to help the walls of the vagina heal on their own and manage symptoms, particularly if a woman is not sexually active. Then, she can follow up every few months to observe the erosion and make sure it doesn’t worsen.

If only a small amount of mesh is exposed, doctors may simply trim off the piece with a local anesthetic. Typically this is an option when the amount exposed is 5mm or less. This is a less complex form of surgery than complete mesh removal.

If women do not wish to receive transvaginal mesh, or if they don’t qualify for surgery, they may pursue alternatives. Some doctors may try nonsurgical, conservative methods to treat POP or SUI before pursuing surgery. If surgery is necessary, there are also techniques that do not use mesh.

Treatments that do not use mesh include:

It’s impossible for a doctor to determine a patient’s risk for mesh erosion, infection or other complications from transvaginal mesh. Mesh has several advantages to more conservative treatments. It can treat serious symptoms that conservative options can’t treat. It also has a lower rate of short-term surgical risks, such as infection, than some other surgical treatments.

However, transvaginal mesh has the highest risk of serious long-term complications. Patients considering surgery for SUI or POP, or those considering a hysterectomy, should ask their doctors about the implant that they’re receiving. They should also discuss the benefits and risks of complications with the devices.

Was this article helpful?

Chris Elkins is a writer and researcher for Drugwatch.com. He’s worked for various newspapers and has writing experience in sports, health communication and public relations fields. He graduated from the University of West Florida with a master’s degree in Strategic Communication and Leadership, a graduate-level certificate in Health Communication Leadership and a bachelor’s degree in Journalism.