In the quest to build muscle, get lean and perform better, many active people turn to herbal supplements because they’re “natural”. Among the most popular supplements are those containing plant-derived hormones, such as Tribulus terrestris, which claim to increase testosterone levels. However, new research has shown that instead of increasing testosterone, many of these herbs are actually increasing estrogen levels.

Everyone wants an edge when it comes to performance, health, and even just life in general. You want to read faster, have better concentration, run farther, and build bigger muscles.

And boy, do supplement manufacturers know it.

The global supplement market is a multi-billion dollar business (1).  Sports nutrition products occupy a large segment of this market; studies estimate that up to 88% of athletes use supplements (2).

Active folks are particularly vulnerable to misinformation and misleading claims when it comes to supplements. I mean, who wouldn’t want to “reset your metabolism” and shave off pounds while you sleep? Or better yet, build muscles while eating nothing but cookie dough ice cream?

A brief history of supplements

Doping, or using a substance to enhance performance, is as old as athletic competition itself.

Ancient Greek athletes swore by garlic and wine as pre-competition superfoods, while early European athletes indulged in heavy cream and plenty of meat. More recently, athletes at the 1904 Olympics slammed down a mix of heroin and cocaine. (Not sure if it helped them win, but maybe with all that stuff swirling in their veins, at least they didn’t care so much if they lost…) It wasn’t until 1968 that anti-doping rules were created with the original intent of preventing the death of athletes, but now those rules also protect the integrity of the games (3). With the London Olympics taking place, supplements are on the radar of the International Olympic Committee (IOC), the World Anti-Doping Agency (WADA), and the United States Anti-Doping Agency (USADA).

Here’s another eye opener for most people: in the US, manufacturers are not required to test a product for safety, or prove that the supplement does what it claims to do before it is put on the market. And while regulations vary, this is pretty much the case around the world.

Before 1994, supplements were classified as drugs and were regulated by the FDA. However, in 1994 the DSHEA (Dietary Supplement Health and Education Act) was passed, which changed how supplements are regulated, putting the burden of proof on the manufacturer.

Supplements became classified as foods, not drugs. This opened up the market to thousands of products.

Do you know your supplements?

The U.S. Food and Drug Administration (FDA) recently made it illegal to sell HCG (human chorionic gonadotropin), and ordered manufacturers to cease distribution of DMAA (1, 3-dimethylamlyamine, aka Jack3D, Hemo Rage Black, Napalm), two potentially dangerous supplements. The European Union is a step ahead of the US and has made the sale of DMAA illegal.

You’ve probably heard of those supplements, and may have considered — or even tried — one of them. But how much do you really know about the supplements you are taking?

For example, if you’re taking supplements to enhance performance, do you know how they work?

Many products aimed at the bodybuilding community claim to alter hormones. Are they altering the right ones? Hmmm…

So why not go the au naturel route to improving performance? Well, as generations of unlucky mushroom foragers have already discovered: natural doesn’t mean safe.

But first, let’s sort out what a plant-derived hormone is and what it is intended to do.

Some of the most popular plant-derived supplements contain ecdysteroids (a steroid hormone of arthropods with reported anabolic properties), phytoestrogens, and phytosterols (thought to have beneficial effects on blood lipids).

One that is popular in the body building community is Tribulus terrestris (TT). Manufacturers claim that TT works by increasing testosterone through the activation of endogenous testosterone production. This claim is currently unproven, and side effects are unknown.

Here’s the problem though — and guys, you may want to have a seat for this one: Many of these supplements are actually increasing estrogen levels, not testosterone levels. Wow – just what you wanted to hear.

Most supplements simply haven’t been studied. (There’s no incentive to do so – in the US you can’t patent a plant.) So most users aren’t aware of the possible side effects of “natural” supplements on their endocrine and reproductive systems.

This week’s research review looked at how much physically active people know about their supplements, and how these supplements affect their health.

This study was an observational study (there was no actual intervention), in which researchers collected data on habitual supplement use using an anonymous questionnaire.

740 subjects participated over 6 months. Everyone in this group had been training regularly for over a year for at least 1-2 hours per day, 3-6 days a week. In other words, they were a very fit group of individuals.

Out of this total:

Researchers also put together a control group of 30 people who didn’t use any nutritional supplements, and were matched for age, gender, sports discipline, body mass index (BMI), and training volume.

Out of the 740 subjects, 26 acknowledged that they used plant-derived supplements. The list was pretty long, and included some that you might recognize:

23 people consented to give blood. Along with the 30 controls, these 23 folks had blood labs done.

Researchers asked all lab subjects not to exercise or use caffeine, alcohol or drugs 24 hours before the lab visit. They also asked them to fast overnight. During their lab workups, participants had blood drawn, and were given a complete physical that included a medical exam and a sports participation personal history.

The researchers also analyzed the samples to test for liver and kidney function (these tests can show if there is organ damage or toxicity). They checked:

Three supplements used by 20 of the 23 subjects were analyzed by a WADA certified laboratory for contamination with real anabolic steroid hormones (this type of contamination is more common than you might think).

Knowledge and use of nutritional supplements

(Could you recognize any of these?)

Good news here: no signs of organ toxicity or damage were found in any of the subjects and no significant differences were found between subjects and controls for cortisol, thyroid hormones and female reproductive hormones LSH and FSH.

However, out of the 23 subjects who used herbals, a whopping 65% of them (15) had significantly altered sex hormones, i.e. estrogen and progesterone.

Ten male subjects had increased plasma levels of progesterone. 15 had abnormal estrogen levels, including 2 females and 3 males, where this increase was several hundred times higher than the normal range.

There were also 2 males who had high estrogen, high testosterone, and decreased LH and FSH.

Because some of the results were so abnormal, researchers tested those subjects for any diseases that may have caused this. No underlying health conditions were found. Looks like the supplements are holding the smoking gun.

Researchers discovered that the subjects with abnormal hormone values were taking multiple dietary supplements, including ones considered “traditional” (vitamins, minerals) as well as “natural” or herbal supplements.

Unfortunately the list was not provided in the study but the researchers did state that these subjects also had a high consumption of soy protein (2 g/kg/day). To put this in perspective, a serving of tofu is about 85 grams. For a 165 lb (75 kg) man that would be 150 grams, or less than 2 full servings of tofu, a day.

That doesn’t seem like very much to me and I wonder if it was from food or from a soy protein isolate powder. That would make a huge difference in terms of the sum total of soy plant hormones (phytoestrogens) consumed. If it was all in the form of the isolate, then yes, that is a lot (e.g. 1 serving of isolate is about 28 grams).

None of the supplements were contaminated with real steroid hormones.

How much do recreational athletes know about their herbal supplements, especially those containing plant hormones?

What supplements do these folks take, and what effects do those supplements have on important endocrine systems, such as sex hormones and liver/kidney functions?

Well, it seems that most folks don’t really know what they’re taking. Bad enough, but worse — the plant supplements had significant and unintended effects on sex hormones. Men were often ending up with whopping doses of so-called “female” hormones, while women were also throwing their normal hormone levels out of balance.

No doubt about it: Taking herbal supplements is risky. Supplement manufacturing isn’t well controlled nor regulated. And research on the mechanisms of action and actual effects of commonly used herbs ranges from sparse to non-existent.

This study was one of the few to investigate the real consumption of herbs with proposed ergogenic effects by athletes.

Though the study itself involved a large group, only 23 people were habitual plant supplement users, which is a bit of a methodological limitation. Small sample size aside, the results to be striking in a good news-bad news sort of way

If you take (or are considering taking) plant-based supplements, there are a few things you can do.

The female pattern hair loss: review of etiopathogenesis and diagnosis.

The management of patients with polycystic ovary syndrome.

Association of PCOS and Its Clinical Signs with Sexual Function among Iranian Women Affected by PCOS.

Hyperprolactinemia and hypophyseal hypothyroidism as cofactors in hirsutism and androgen-induced alopecia in women. 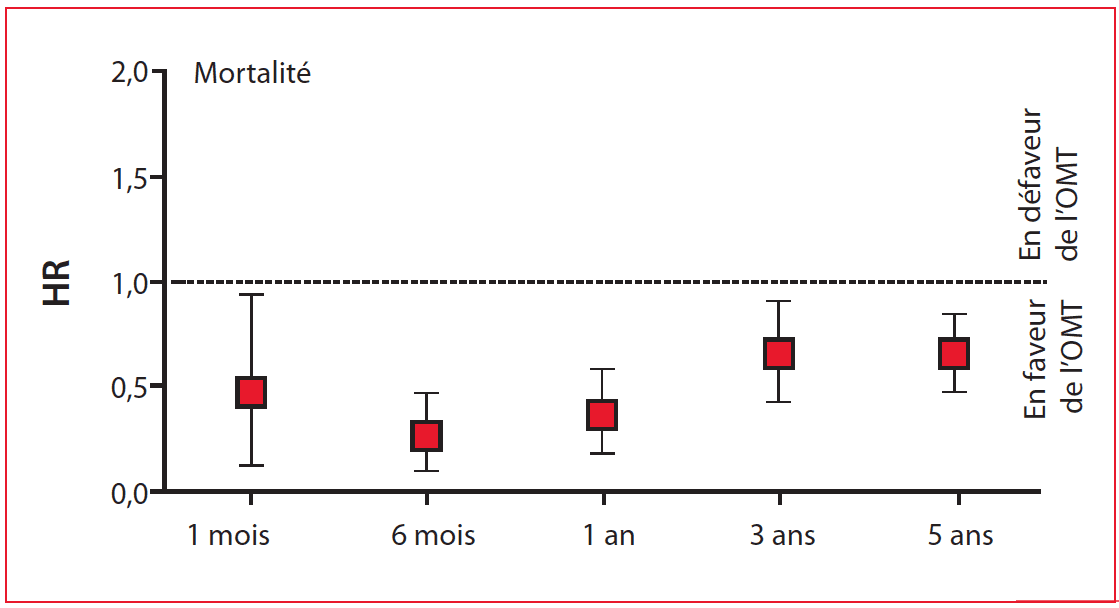 In addition to rapid and lasting weight loss and a passel of other health benefits, bariatric surgery has now been linked to a 61 percent reduction in the risk of developing malignant melanoma, a deadly form of skin cancer most closely associated with excessive sun exposure.

The new research, to be presented Thursday at the European Congress on Obesity in Vienna, Austria, also found that people who underwent weight-loss surgery saw their risk of skin cancer in general decline by 42 percent.

That protective effect was seen in a group of 2,007 obese Swedish study participants who chose to undergo bariatric surgery, and were then followed for a median of 18 years.

In the study, the subjects who chose to have the surgery as a treatment for obesity were compared to 2,040 obese Swedes who were similar to the surgical patients in multiple ways—including age, gender, body measurements, cardiovascular risk factors, psychosocial variables and personality traits—but did not go under the knife.

Why a cancer linked to outdoorsmen and sun-worshippers would be stymied after obese patients had their gastrointestinal tracts surgically altered is unclear. But the authors of the study—a group from Sweden’s University of Gothenburg led by Magdalena Taube—suggested it was the deep weight loss that altered subjects’ risk of melanoma.

The finding “supports the idea that obesity is a melanoma risk factor, and indicates that weight loss in individuals with obesity can reduce the risk of a deadly form of cancer that has increased steadily in many countries over several decades,” said Taube and her colleagues.

The American Cancer Society estimates that roughly 91,270 new melanomas will be diagnosed in the United States in 2018—about 55,150 in men and 36,120 in women—and that about 9,320 people will die of the malignancy.

The organization also has reported a recent increase in the incidence of melanoma: Between 2008 and 2018, the number of new melanoma cases diagnosed annually has increased by 53 percent.