Dermatologists are more likely than are nondermatologists to follow practice guidelines when prescribing antihistamines to treat pruritus associated with atopic dermatitis (AD), according to an analysis of a national database. 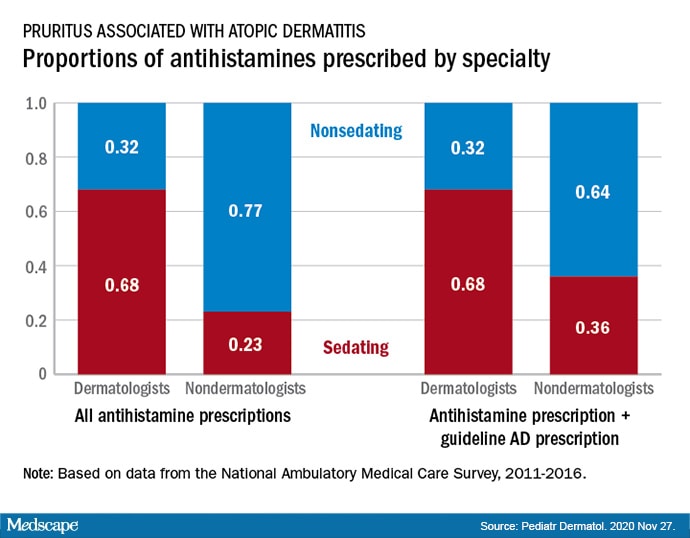 Dermatologists were more likely to prescribe sedating than nonsedating antihistamines (0.68 vs. 0.32) for patients with AD, but the reverse applied to nondermatologists, whose antihistamine distribution was 0.23 sedating and 0.77 nonsedating, based on 2011-2016 data from the National Ambulatory Medical Care Survey.

The data also showed that Black patients with AD were more likely than were White patients to receive prescriptions for first-generation antihistamines and for therapies recommended by the AAD guidelines, and that patients under 21 years received more sedating antihistamines than did patients over age 21, they reported.

The age disparity “may be due to patient preference, as sedation effects may be less desirable to adult patients,” the investigators noted.

This article originally appeared on MDedge.com, part of the Medscape Professional Network.