High Temps May Up Risk of Deadly Tick-Borne Fever

When temperatures rise, the brown dog tick, which carries the bacteria causing the disease, is more than twice as likely to shift its feeding preference from dogs to humans, say researchers from the University of California, Davis. They will present the research today at the American Society of Tropical Medicine and Hygiene annual meeting.

“That risk [of contracting the disease] may increase as climate change causes us to have more frequent hot weather environments,” says researcher Laura Backus, a UC Davis graduate student.

Rocky Mountain spotted fever, spread by various types of ticks in the U.S., has a fatality rate of 30% and can kill quickly if it’s not treated within a 5-day window after symptoms appear, the CDC says. Among the symptoms are fever, rash, severe headache, swelling around the eyes and back of the hands, and stomach issues such as vomiting or nausea.

A blood test can help to make the diagnosis. It’s usually treated with the antibiotic doxycycline for 5-7 days.

Cases of Rocky Mountain spotted fever and related diseases, known collectively as spotted fever rickettsiosis, have increased greatly over the last 20 years. In 2000, 495 cases were reported in the U.S.; by 2017, the total was more than 6,000. Cases in 2018 declined somewhat, the CDC says.

To observe the effect of temperature on a tick’s preference to feed on dogs or people, the researchers built two large wooden boxes, about 3 feet high and 2 feet wide, connected by a clear plastic tube. A person sat in one box and a dog in the other as ticks were released into the tube.https://87bef0e08a18bea7e9f790506a1bec69.safeframe.googlesyndication.com/safeframe/1-0-37/html/container.html

For 20 minutes, the researchers observed whether the ticks headed to the dogs or the people, once when the temperature was 74 degrees and then when it was 100 degrees.

Researchers tested the ticks ahead of time to be sure they weren’t infected. They placed mesh at either end of the tube, so the ticks could not make contact with dogs or people.

The researchers studied two types of brown dog ticks — known as temperate and tropical — both capable of carrying the disease. The tropical lineage ticks greatly shifted their preference from dogs to people; the temperate did too, but less so, Backus says. The researchers can’t say why.

The research suggests that ”warmer climates are going to have a greater risk of Rocky Mountain spotted fever transmission by this vector,” says Kathleen Walker, PhD, an associate specialist and associate professor of entomology at the University of Arizona, Tucson. She reviewed the findings but wasn’t involved in the study.

This tick lives in and around houses, she says. “People find these ticks in their beds.” The best prevention is to treat the dogs — with a tick collar, oral tick medicine prescribed by a veterinarian, or a topical tick preparation.

“The way these come into contact [with people] is through dogs,” Walker says. “If you protect the dog, you protect yourself.”

Walker also suggests taking all tick bites seriously. “Get it off ASAP,” she says, using a forceps to pull it out. Keep an eye on the area. If you get a fever or rash, get medical attention right away, she says. Be sure to tell medical providers you have been bitten.

Most SARS-CoV-2 virus strains feature a specific mutation that makes them more transmissible, to the point that these strains now predominate globally, new evidence shows.

In contrast to a greater variety of strains early in the pandemic, now 99.9% of circulating SARS-CoV-2 strains in the study feature the D614G mutation on the spike protein. In addition, people infected with a D614G strain have higher nasopharynx viral loads at diagnosis.

It’s not all bad news. This single-point mutation was not associated with worse clinical COVID-19 severity. Also, the mutation isn’t expected to interfere with the efficacy any of the antibody cocktails, small molecule therapies or vaccines in development.

Furthermore, “as bad as SARS-CoV-2 is, we may have dodged a bullet in terms of how quickly it mutates,” study author Ilya Finkelstein, PhD, told Medscape Medical News. This virus mutates much slower than HIV, for example, giving researchers a greater chance to stay one step ahead, he said.

The study was published online October 30 in the journal mBio.

The research was possible because colleagues at the Houston Methodist Hospital system sequenced the genome of 5085 SARS-CoV-2 strains early in the outbreak and during a second wave of infection over the summer, Finkelstein said.

The unique data source also includes information from plasma, convalescent plasma, and patient outcomes. Studying a large and diverse population in a major metropolitan area like Houston helps create a “molecular fingerprint” for the virus that will continue to be very useful, said Finkelstein, a researcher and director of the Finkelstein Lab at the University of Texas Austin.https://c32adfee798d6d84d6136d3f360a39a5.safeframe.googlesyndication.com/safeframe/1-0-37/html/container.html

D614G was the most common genetic substitution the researchers found, appearing in 82% of SARS-CoV-2 strains during the first wave from March 5 to May 11. The proportion with this mutation jumped to 99.9% by the second wave, defined as May 12 to July 7 in the study.

The jump in mutation frequency “occurred very rapidly, in a matter of just a few months,” the researchers note.

The D614G mutation is now so common worldwide that these viruses are considered reference strains. Researchers believe D614G predominates because it increases the spike protein’s ability to open cells for the virus to enter.

Despite the large number of virus strains evaluated, the samples only represent about 10% of COVID-19 cases in Houston during the study, a potential limitation. Also, some collected samples could not be used for high-quality genome analysis because of limited virus nucleic acid.

Also, it remains unclear if host-virus immune interactions play a significant role. However, the researchers note in the paper that “available data suggest that in the aggregate, host genetics does not play an overwhelming role in determining outcome in the great majority of adult patients, once virus infection is established.”

“The findings will help us to understand the origin, composition, and trajectory of future infection waves and the potential effect of the host immune response and therapeutic maneuvers on SARS-CoV-2 evolution,” the researchers add.

Going forward, the ongoing molecular surveillance of SARS-CoV-2 “may provide critical insights into the origin of the new infection spikes and waves that are occurring as public health constraints are further relaxed, schools and colleges reopen, holidays occur, commercial air travel increases and individuals change their behavior because of COVID-19 ‘fatigue,’ ” the researchers note.

They add that the genome data will also be useful in assessing ongoing molecular evolution in spike and other proteins “as baseline herd immunity is generated, either by natural exposure to SARS-CoV-2 or by vaccination.”

Analyzing the “SARS-CoV-2 molecular evolution in a specific region in the USA…could be viewed as a microcosm of what occurs in other large cities in the USA,” he said.

However, “before jumping to conclusions, this should be further validated,” added Shomron, who authored a study suggesting differences in genetic alleles could partially explain variations across countries in the infection rates, severity, and mortality associated with SARS-CoV-2.

“We know that many other features and contributors might affect the results — even social constraints could generate a bias in the observations,” he said.

Finkelstein and Shomron have disclosed no relevant financial relationships. 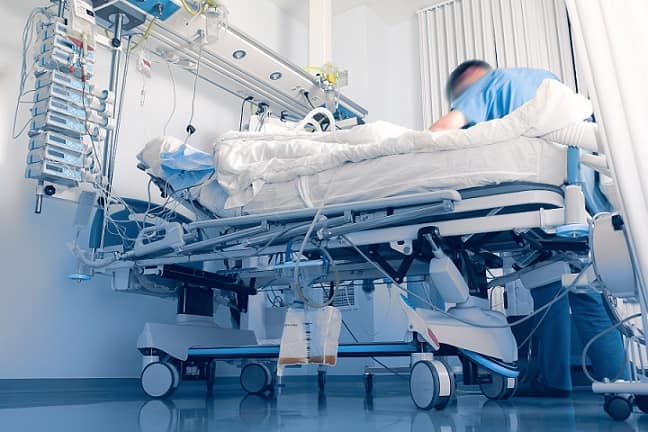