Patients with knee osteoarthritis (OA) who wear stable supportive shoes for 6 months have greater average reductions in knee pain when walking, compared with patients who wear flat flexible shoes, according to a randomized trial that included more than 160 patients.

“Contrary to our hypothesis, flat flexible shoes were not superior to stable supportive shoes,” reported Kade L. Paterson, PhD, of the University of Melbourne, and colleagues. Their study was published Jan. 12 in Annals of Internal Medicine.

Abnormal knee joint loading has been implicated in the pathogenesis of knee OA. Guidelines recommend that patients wear appropriate footwear, but research has not established which shoes are best.

The 2019 American College of Rheumatology clinical guidelines note that “optimal footwear is likely to be of considerable importance for those with knee and/or hip OA,” but “the available studies do not define the best type of footwear to improve specific outcomes for knee or hip OA.”

Some doctors call for thick, shock-absorbing soles and arch supports, based on expert opinion. On the other hand, studies have found that knee loading is lower with flat flexible shoes, and preliminary evidence has suggested that flat flexible shoes may improve OA symptoms, the investigators said.

To study this question, they enrolled in their trial 164 patients aged 50 years and older who had radiographic medial knee OA. Participants had knee pain on most days of the previous month, tibiofemoral osteophytes, and moderate to severe tibiofemoral OA.

The researchers randomly assigned 82 participants to flat flexible shoes and 82 participants to stable supportive shoes, worn for at least 6 hours a day for 6 months.https://7e92db14e34a36309f49ca7f1fb63156.safeframe.googlesyndication.com/safeframe/1-0-37/html/container.html

After participants were randomly assigned to a group, they chose two different pairs of shoes from their assigned footwear group.

“Participants were not told that the purpose of the study was to compare flat flexible with stable supportive shoes,” the researchers noted. “Instead, they were informed only that the trial was comparing the effects of ‘different shoes’ on knee OA symptoms.”

The primary outcomes were changes in walking pain on a 0-10 scale and physical function as assessed by the Western Ontario and McMaster Universities Osteoarthritis Index subscale at 6 months. The researchers also assessed other measures of pain and function, physical activity, and quality of life.

In all, 161 participants reported 6-month primary outcomes. The between-group difference in change in pain favored stable supportive shoes (mean difference, 1.1 units). In the flat flexible shoe group, overall average knee pain while walking decreased from 6.3 at baseline to 5.2 at 6 months. In the stable supportive shoe group, knee pain while walking decreased from 6.1 to 4.

Participants who wore stable supportive shoes also were less likely to report adverse events, compared with those who wore flat flexible shoes (15% vs. 32%). Knee pain, ankle or foot pain, and shin or calf pain were among the adverse events reported.

“This study suggests that more supportive shoes may help some patients with knee osteoarthritis feel better,” Constance R. Chu, MD, professor of orthopedic surgery at Stanford (Calif.) University, said in an interview. “Shoes, insoles, wedges, and high heels have been shown to change loading of the knee related to knee pain and osteoarthritis … This is important work toward providing more specific information on the optimum shoes for people with different patterns and types of arthritis to reduce pain and disability from early knee OA.”

The reported changes in pain may be clinically meaningful for many but not all patients, the authors wrote. “Despite biomechanical evidence showing that flat flexible shoes reduce medial knee load compared with stable supportive shoes, our findings show that this does not translate to improved knee osteoarthritis symptoms,” they said. “This may be because relationships between knee loading and symptoms are not as strong as previously thought, or because the small reductions in medial knee load with flat flexible shoes are insufficient to substantively improve pain and function.”https://7e92db14e34a36309f49ca7f1fb63156.safeframe.googlesyndication.com/safeframe/1-0-37/html/container.html

The trial did not include a control group of patients who wore their usual shoes, and it focused on a select subgroup of patients with knee OA, which may limit the study’s generalizability, the authors noted. The study excluded people with lateral joint space narrowing greater than or equal to medial, those with recent or planned knee surgery, and those who were using shoe orthoses or customized shoes.

The study was supported by grants from the National Health and Medical Research Council. Chu had no relevant disclosures.

This article originally appeared on MDedge.com, part of the Medscape Professional Network.

Women treated with oral bisphosphonate drugs for osteoporosis for 5 years get no additional benefit – in terms of hip fracture risk – if the treatment is extended for another 5 years, new research shows.Raycat/Getty Images

“We found that hip fracture risk in women did not differ if women stopped bisphosphonate use after 5 years or stayed on the medication for 10 years,” coauthor Joan C. Lo, MD, Kaiser Permanente Northern California, Oakland, said in an interview.

The new study, published Dec. 7 in JAMA Network Open, did show a small benefit in continuing the treatment through 7 years vs. 5 years, but it wasn’t clear if this was significant.

“Whether there is a benefit to staying on the drug for 7 years needs to be further studied in randomized trials,” Dr. Lo stressed.

It is well established that oral bisphosphonates are effective in reducing the risk for fracture within the first 3-5 years of treatment; however, evidence on the effects of treatment beyond 5 years is lacking.

The most recent guidance from the American Society of Bone and Mineral Research (ASBMR) on the issue, which were released in 2015, recommends continuation of bisphosphonates beyond 5 years for high-risk patients, but it recommends a “drug holiday” for low-risk patients.

However, that guidance acknowledges that data are limited regarding long-term use. This large new study adds important new evidence to the discussion, Robert A. Adler, MD, who was a member of the ASBMR Task Force for the recent guidance, said in an interview.

“[With the lack of recent research,] this new study from Kaiser Permanente is of great interest,” said Dr. Adler, chief of endocrinology and metabolism at Central Virginia Veterans Affairs Health Care System and professor of internal medicine and of epidemiology at Virginia Commonwealth University, Richmond.

“It is new data and suggests we might temper our enthusiasm for long-term treatment with bisphosphonates,” he said.

“Importantly, it is the first large observational trial and is closer to a real-world setting than a randomized controlled trial,” he said.

But, Dr. Adler emphasized: “The take-home message is that while this suggests that patients can probably be given a drug holiday for a couple of years … they should be retested, and if they appear to be at an increased risk of fracture, they probably should restart again.

“Osteoporosis is a chronic disorder,” he emphasized. “It isn’t cured by any of our treatments, and as people get older, they are at a higher fracture risk.

“So we really need to follow our patients for a lifetime and reassess their fracture risk every couple of years – whether they are still on therapy or on a drug holiday.”

The new study involved data from Kaiser Permanente Northern and Southern California on 29,685 women who had completed 5 years of treatment with oral bisphosphonates, including alendronate, risedronate, or ibandronate, between 2002 and 2014.

Their median age was 71. Among those for whom bone mineral density data were available, 37% had osteoporosis after the first 5 years of treatment.

During these 5 years of treatment, 507 hip fractures occurred.

The cumulative incidence of hip fracture among for those who discontinued study therapy at entry, i.e., those who underwent treatment for 5 years, was 23.0 per 1,000 individuals.

The rate in the 7-year treatment group was based on patients taking a 6-month drug holiday after the initial 5 years, but the results are hard to interpret, Dr. Lo said.

“It’s possible that 7 years is better than 5, but this is not a randomized trial, and some of the data analyses done in the study suggest more research should be done to look at a benefit after 7 years.

“At the end of the day, doctors and women need to decide at 5 years what an individual woman’s risk fracture risk is and determine if she should stay on the drug longer,” Dr. Lo emphasized.

The uncertainty of any benefit of treatment with bisphosphonates beyond 5 years is further reflected in U.S. recommendations – the Food and Drug Administration has concluded on the basis of pooled data from the extension phase of major clinical trials that any advantages of treatment beyond 3-5 years are unclear.

Key limitations of the current study include the fact that the incidence of hip fracture was not evaluated in low-risk vs. high-risk subgroups; therefore, “these findings may not be applicable to older women at higher risk of osteoporotic fracture,” the authors wrote.

Furthermore, the study did not assess outcomes of fractures other than hip fractures, such as vertebral fractures, they noted.

Dr. Adler pointed out that another limitation is that adherence in the trial was defined as taking 60% of prescribed pills.

“I think this is the biggest weakness with the study,” he said. “Particularly with medications like oral bisphosphonates that don’t really make patients feel any different, it’s a real challenge to make sure patients continue to take these drugs properly.”

The findings should give some reassurance for patients who take a break from the drugs after 5 years. However, reassessment of their risk is critical, Dr. Adler reiterated.

A version of this article first appeared on Medscape.com.

FROM THE JOURNAL OF CLINICAL ENDOCRINOLOGY AND METABOLISM

Vertebral fractures appear to be common in people with severe COVID-19, and also raise the mortality risk, findings from a retrospective cohort suggest.

“Morphometric vertebral fractures are one of the most common comorbidities among adults hospitalized with COVID-19, and the presence of such fractures may predict the severity of disease outcomes,” lead investigator Andrea Giustina, MD, said in an interview.

This is the first study to examine vertebral fracture prevalence in any coronavirus disease, but such fractures have been linked to an increased risk of pneumonia and impaired respiratory function, including restrictive pulmonary dysfunction. One possible mechanism may be that they cause anatomical changes, such as kyphosis, which negatively impact respiratory function by decreasing vital capacity, forced expiratory volume in 1 second, and inspiratory time, explained Dr. Giustina, professor of endocrinology, San Raffaele Vita Salute University, Milan, and president of the European Society of Endocrinology. The results were published in the Journal of Clinical Endocrinology and Metabolism.

Clinically, the findings suggest that all patients with COVID-19 who are undergoing chest x-rays should have morphometric vertebral x-ray evaluation, said Dr. Giustina.

“One interesting aspect of the study is that without morphometry, approximatively two thirds of vertebral fractures [would have been] missed. Therefore, they are largely underestimated in clinical practice,” he noted.

The 114 study subjects included were those whose lateral chest x-rays allowed for a high-quality assessment and in which all the thoracic tract of T4-T12 were viewable and assessable. None had been using glucocorticoids and only 3% had a prior diagnosis of osteoporosis.

Thoracic vertebral fractures were detected on the lateral chest x-rays in 36% (41) of the patients. In contrast, in studies of women aged 50 years and older from the general European population, morphometric vertebral fracture prevalence ranged from 18% to 26%, the investigators noted.RELATEDAI can pinpoint COVID-19 from chest x-rays

In multivariate analysis, age was the only statistically significant predictor of vertebral fractures (odds ratio, 1.04; P < .001).

Mortality doubled, though not significantly

Those with vertebral fractures were more likely to be hospitalized, although not significantly (88% vs. 74%). There was no significant difference in ICU admission (11% vs. 12.5%).

“Our data from the field reinforce the need of implementing previously published recommendations concerning the importance of bone fragility care during the COVID pandemic with at least those patients already treated with antiosteoporotic drugs maintaining their adherence to treatments including vitamin D, which have also been suggested very recently to have no relevant predisposing effect on COVID-19,” Dr. Giustina and colleagues wrote.

Moreover, they added, “continuity of care should also include bone density monitoring despite very restricted access to clinical facilities, during the COVID-19 pandemic. Finally, all patients with fractures should start antiresorptive treatment right away, even during hospital stay.”

The authors reported having no disclosures. 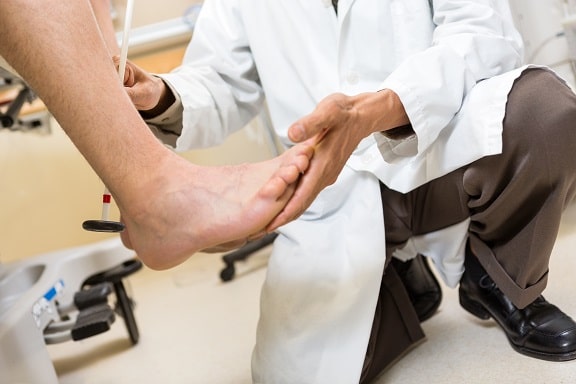 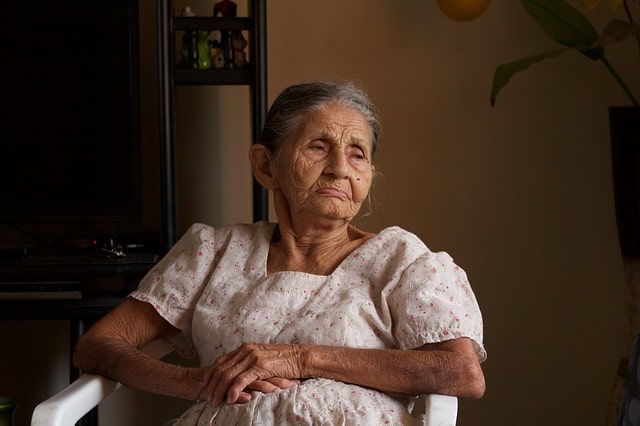